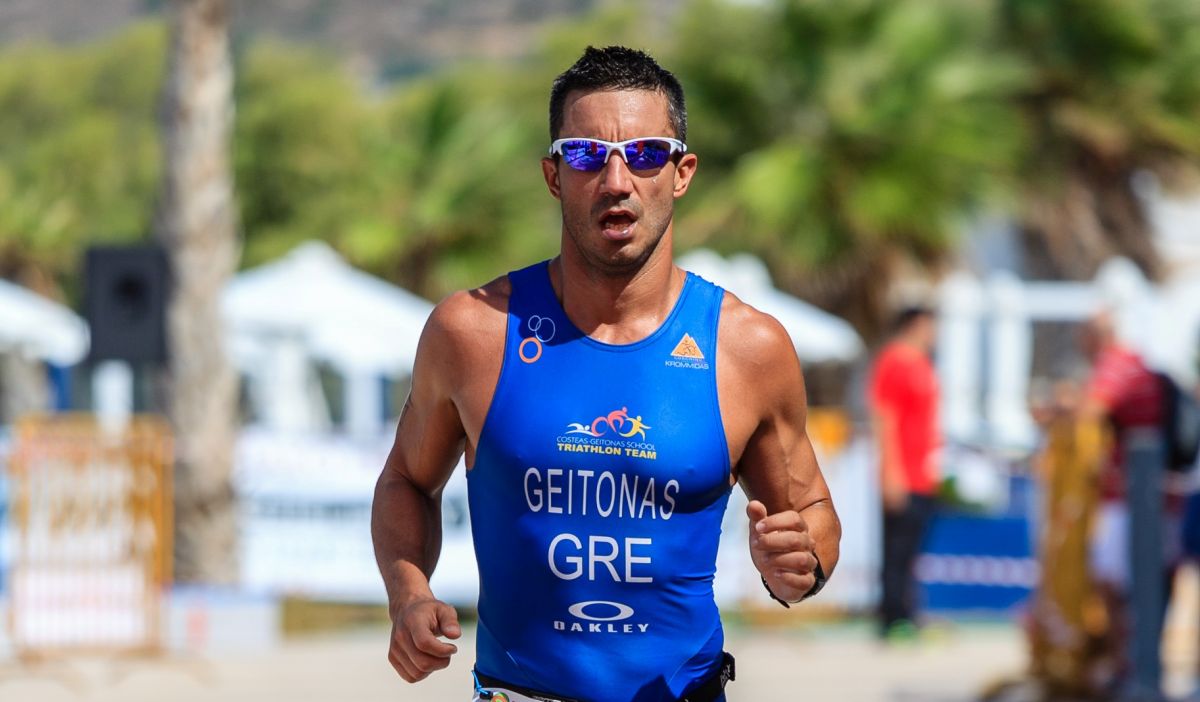 The Road to Maui - Christos Geitonas

My name is Christos, I am 34 years old, I am the managing director of the Kosteas - Geitonas Schools in Athens Greece, and a lover of sports activities in nature.

My love for sports and especially for sports in nature began in my early years, where my beloved teachers have mentored me to mountain climbing, climbing, kayaking and mountain skiing. Greek mountains, peaks, gorges and rivers we had walked, swam, paddled, climbed and crossed. Mount Olympus, Giona, Taygetos, Dirfi, Vardousia, Parnitha, Parnassos, Vikos Gorge, Velouchi and Evinos were not just signs for us on the map, they were unforgettable excursions.

When you acquire such experiences and habits in your childhood, they are later shaping your life's attitudes, and gradually sport becomes a way of life.

Unless something changes dramatically in your own life, as it happened to me personally in August 2013.

Three weeks after I had married the woman of my life, we decided with my wife Maria, to have a honeymoon in Peru with a friendly couple. A few hours after we landed in Cusco, a town located at 3500m. altitude, I began to feel dizzy and intense physical fatigue. We thought, as we were told, that it was the "altitude sickness," but it did not go away after an hour when I started to hurt unbearably in my stomach, my eyes turned yellow and eventually I collapsed.

I was transported by ambulance to the Emergency Department of a small clinic in the city. The pain was unbearable, but the worst thing was that I could no longer breathe. I was diagnosed with hemolytic crisis and diffused intravascular thrombosis. My vital organs were not oxygenated enough. Usually in these cases death occurs within 8 to 24 hours.

When the doctor heard my background immediately asked Maria: Thalassemia;

Everything was clear now.

The hemolytic crisis had occurred from the high altitude in combination with the fact that I am the carrier of the "stigma" of sickle cell anemia [1] .

Immediately I was placed in a hyperbaric oxygen chamber and at the same time started a race for my transport to a lower altitude. After an agonizing twelve hours, I was taken to a hospital at zero altitude in Lima with a diagnosed infarction in the spleen.

I stayed in the hospital for about a month. Within this month, I lost over 15% of my body weight and although every passing day was a small, personal victory, the transatlantic flight was not possible yet in my situation. So we had to go to Houston where our family friends, Theophilos and Mary, who permanently live there helped me decisively to regain my strength and eventually return home safely.

After the first results of the medical tests in Greece, the doctor's words shocked me: "Forget any intense athletic activity. Scuba diving, snorkeling, mountain skiing, endurance sports. Stay house and spend time with your family. “ "

At that moment, although grateful that I was alive, I lost the ground under my feet. A persistent man by my nature I could not accept the new facts. I visited several doctors. Unfortunately in Greece I heard the same advice everywhere.

After reading several related studies, I ended up visiting a well-known hematologist for his research on stigma at the Baylor College of Medicine in Houston. Suddenly some hope: "As long as you are not exercising vigorously at high altitude and always remain well hydrated you can continue to live like before (except for diving)".

A few years later, I finish for the first time after the incident, in a triathlon fight. At that moment I felt that I was given a second chance to live my life as I always wanted.

Several months later I discovered that a family friend older than me had lost his life in Peru. He also had the sickle cell mark. I felt heavy and responsible. I started studying the informative material from the travel medicine departments of other countries. In most countries I found access there was a clear directive and information on the health complications of people who are carriers of sickle cell stigma in case they are exposed to high altitude. The only exception is Greece.

In a country where we have the highest rates of thalassemia globally (being a Mediterranean country, Greece has about 10% and even some prefectures such as Karditsa 15-20%), it is a paradox that there is no preventative information in the field of travel medicine. This practically means that one in ten Greeks as well other Mediterranean citizens who can travel abroad even risk the possibility of sudden death if they are at high altitude due to inadequate preventive information.

Unfortunately, my attempt to inform the competent national services has failed.

In September 2014, my physical condition was good enough and so I decided to dedicate myself to claiming the Xterra World Championship (Off Road Triathlon).

Besides the joy of sports, I had another reason to join: this would be a way for people to hear my story and for me to inform the world about the complications of sickle cell stigma.

I sought help from one of the world's top triathlon players, Vassilis Krommydas, World Champion Yannis Drymonakos and the only man who has competed up to this date at the Xterra World Championship, George Chanoumis.

The balances that I had to keep for 10 months as school manager, amateur triathlete and husband were not at all easy. The exercise required sacrifices and I would not have done it without my friend Lefteris Parkalis, who constantly inspired me when I was disappointed with fatigue, frustration and injuries.

On June 20, 2015, at Xterra Greece, in an unforgettable fight at Lake Plastira between Greek and foreign top athletes, I participated to claim the much-needed qualification. Focused on my goal and properly prepared, despite the torrential rain that affected the racing conditions, I finally made it. The fight was undoubtedly of a high standard, but it will be engraved in my memory not so much for the positive result, but for its wild beauty.

One week remains for the World Championship and I feel sincerely blessed that I'm healthy and I can fight at a high level. On November 1st , it's time to return back the debt I feel I have with the second chance I was given.  It's no longer a racing goal. I want my story to be read and heard, and I hope that if I can do it, I will be able to sensitize the authorities to update the travel medicine guidelines, and also the simple operators to get in the process properly informed before they attempt some intense physical activity or travel.

In addition, this information is not only about those who travel. Practical advice is needed for all those WHO carry the stigma of Mediterranean anemia because activities such as diving or intense athletic activity in a warm and damp environment without proper fluid replenishment can prove to be very risky. Proper training of Physical Education teachers in schools and coaches in clubs and academies is needed. It is clearly a matter of education for the relevant public authorities.

Being a carrier of stigma does not prevent him from living a normal life and being sporting, as long as he follows some practical advice. I hope my adventure might have been the last one.

We need to know about the status of Mediterranean anemia (and in particular about the complications of sickle cell anemia and the conditions that affect it) and to realize that prevention and proper information in these cases is vital.

I would like to dedicate my participation to the XTERRA World Championship in Maui, Hawaii, not to us , but to all sufferers of major Mediterranean anemia (about 4,000 people in our country). They are the ones who face the real consequences of the disease and need life-long blood transfusions. For the short time that I have experienced some of the complications of the disease, I can tell you with certainty that they are real fighters.

[1] The so-called "stigma" (Mediterranean or sickle cell anemia) is now a term that is no longer acceptable as it refers to social isolation. Instead of 'stigma' we refer to it as thalassemia or sickle cell. With the main goal to better inform the public, I use the term 'stigma'.

We thank Christos Geitonas for his article. He firmly believes that through education people can make their own contribution to our world in a creative and essential way. Today, Christos Geitonas manages the Kosteas-Geitonas School, an educational organization with more than 1,400 students and 400 staff members. http://cgs.gr/