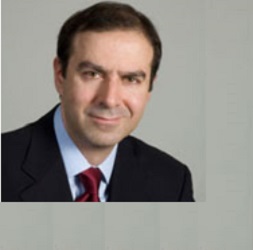 The lungs are a pair of cone-shaped organ located in the chest. During breathing lungs bring oxygen to the body and release carbon dioxide. Each lung is divided into sections called lobes. The left lung has two lobes. The right lung is slightly larger and has three lobes. The main airway is called trachea and branches to two airways called bronchi one to the right lung and one to the left. The bronchi are sometimes also involved in lung cancer. Small air sacs called alveoli make up the inside of the lungs. A thin membrane called the pleural covering the outside of each lung and lines the inside wall of the thoracic cavity. This creates a sac called the pleural cavity. The pleural cavity normally contains a small amount of fluid that helps the lungs move smoothly in the chest when breathing. Lung cancer is a disease in which malignant (cancer) cells form in the tissues of the lung.

There are three types small cell lung cancer. These three types include many different cell types. Cancer cells of each type grow and can be spread in different ways. Risk factors

Possible signs of small cell lung cancer include coughing, chest pain and shortness of breath. These and other symptoms may be caused by small cell lung cancer or other conditions of the opinion of a physician should be consulted if any of the following problems occur: • A cough that persists. • Trouble breathing. • Discomfort. • Wheezing. • Strips of blood in the sputum. • Hoarseness. • Loss of appetite. • Unexplained weight loss. • Fatigue. Tests and procedures to detect, diagnose, and stage The appropriateness of each test depends on the clinical scenario and the physical condition of the patient. • History and Physical examination. • Chest radiograph. • Computed tomography (CAT scan): A procedure that makes a series of detailed pictures of areas inside the body taken from different angles. The images made by a computer linked to an X-ray device, a dye may be injected into a vein or swallowed to help the organs or tissues show more clearly. This is also called computed tomography, computerized tomography, or CT scan. • PET scan (positron emission tomography scan): A small amount of radioactive glucose (sugar) is injected into a vein. The PET scanner rotates around the body and takes a picture of where glucose is used in the body. Malignant tumor cells appear brighter in the picture because they are more active and take up more glucose than normal cells. • Sputum Cytology: A procedure in which a pathologist examines a sample of sputum under a microscope to check for cancer cells. • Lung biopsy with fine-needle: The removal of part of a lump, suspicious tissue, or fluid in the lungs using a thin needle. This process is also called needle biopsy with ultrasound, CT scan or other imaging procedure used to detect the abnormal tissue or fluid in the lung. A small incision can be made in the skin where the biopsy needle inserted into the abnormal tissue or fluid. A sample is removed with a needle and sent to the laboratory. A pathologist examines the sample under a microscope for cancer cells. A chest radiograph done after the procedure to make sure that there is no leakage of air from the lungs. • Bronchoscopy: a review process within the trachea and large airways of the lung abnormalities. The bronchoscope (a thin, lighted tube) is inserted through the nose or mouth to the trachea and lungs. Tissue samples can be taken for biopsy. • Mediastinoscopy: A surgical procedure for biopsy. A small incision is made above or next to the breastbone and an endoscope (a thin, lighted tube) is inserted into the chest. Tissue samples and lymph nodes can be taken for biopsy. • Bone scan: A procedure for detection of bone metastases. A very small amount of radioactive material is injected into a vein and travels through the bloodstream. The radioactive material collects in the bones and is detected by a scanner. Staging:

The following stages are used for small cell lung cancer: • Limited stage: cancer is limited to one hemithorax ie one side. • Extended-Stage: In extended stage the cancer has spread outside the lung or started in other parts of the body. Relapse of small cell lung cancer The cancer can be switched back to the chest, central nervous system, or other body parts. Treatment Options by Stage and method There are several types of treatment for patients with small cell lung cancer. Some treatments are standard (the currently used treatment), and some tested in clinical trials.

Choosing the most appropriate cancer treatment is a decision that ideally involves the patient, family, and medical team. Surgery Surgery may be used if the cancer is a lung and to nearby lymph nodes only. Because this type of lung cancer is usually found in both lungs, surgery alone is not often used. Sometimes, surgery may be used to help determine the exact type of lung cancer. During surgery, the surgeon will also remove lymph nodes to see if they contain cancer. Even if the surgeon removed all the cancer that can be seen at the time of the surgery additional chemotherapy or radiotherapy may be given after surgery to kill any cancer cells left. Chemotherapy Chemotherapy is a cancer treatment that uses drugs to stop the growth of cancer cells, either by killing the cells or by stopping cell division. When chemotherapy is taken by mouth or by injection into a vein or muscle, enters the bloodstream and can reach cancer cells throughout the body (systemic chemotherapy). When chemotherapy is placed directly into the spinal column, an organ or body cavity such as the abdomen, the drugs mainly affect cancer cells in those areas (regional chemotherapy). The type of chemotherapy depends on the type and stage of cancer treatment. Radiotherapy Radiotherapy is a cancer treatment that uses high energy X-rays or other radiation to kill cancer cells. There are two types of radiotherapy. External radiation therapy uses a machine outside the body to send radiation to cancer. Internal radiation therapy uses a radioactive substance in needles, seeds, wires, or catheters placed directly into or near the cancer. Prophylactic cranial irradiation (radiation therapy to the brain to reduce the risk that the cancer will spread to the brain) may also be given. The type of radiation therapy given depends on the type and stage of cancer treatment. Treatment Options by Stage

Dr.  Lambros Zellos  (lzellos@post.harvard.edu)   is a highly qualified thoracic surgeon and researcher with experience in studying mesothelioma, the cancer that affects the pleura and other membranes within the body's cavities.

He was trained at Harvard, and practiced thoracic surgery for a number of years at the Brigham & Women’s Hospital (the busiest thoracic surgery division of the Harvard Medical School with over 2800 thoracic procedures annually) at the rank of Instructor in Surgery.
Dr Zellos performed lung and esophageal resection, as well as lung transplants. He was named one of Boston’s 2007 top thoracic surgeons as voted by his peers. He treats thoracic malignant and benign disease, and specializes in the use of minimally invasive techniques that avoid painful rib spreading, also known as VATS (video-assisted thoracoscopic surgery).
Reference Link
http://www.zellos.gr
Go back to category index
Advertisement
Advertisement